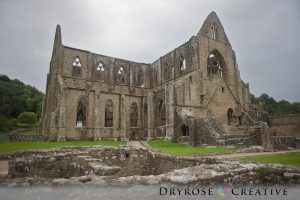 Here is the link to their website. I, personally, pull the podcasts from iTunes. I was not able to locate all of these “ghost” episodes from the websites list of archives, so here is the actual list of what I downloaded from iTunes:

They also released this spooky podcast on October 5:

I listed to all of these yesterday. I sat in my dark backyard and scared myself. Many thanks to my sister L. for texting me about these!

Last night, we passed out candy for New Kensington’s Trick-Or-Treating. I really enjoy seeing everybody’s costumes. I think about the Halloweens of my own childhood.

I lived from ages 7-18 (and also summers and until age 22 or 23) in Berlin, Pennsylvania. A very small town by Pittsburgh or New Kensington – or even Johnstown – standards, but not small by Somerset County standards. (Berlin is actually about 10 miles “as the crow flies” from the crash site of Flight 93 in Shanksville. But I was a kid here long before 9/11.)

Before this, we lived in an even smaller town in Central Pennsylvania, near Harrisburg. (Harrisburg was still a trip, though.) Blain, Pennsylvania. In Perry County.

Blain pretty much consisted of one main road that was also a highway, with few small streets branching off of it. You can look out of the windows of Blain houses to see cows grazing hills around all sides of the town. Our next-door neighbors had close Amish friends.

My parents bought a fixer-upper off a dead end in Blain before we were all born. Three of us sisters spend our early childhoods here. (Blain is close to where Simon Girty lived as a child before he was abducted by Native Americans.)

Years later, my mom told us that right after they bought the house, a bunch of the neighbors came over to tell her that a man had once been killed in an electrical accident right in front of my parents’ “new” house. This was before the internet age. So, the only reason that my mom knew about this was because the neighbors “helpfully” informed her.

My one sister then said, “Oh, that explains it!”

Apparently when we were small, my sister would hear a man’s voice calling to her at random times when my dad was at work.