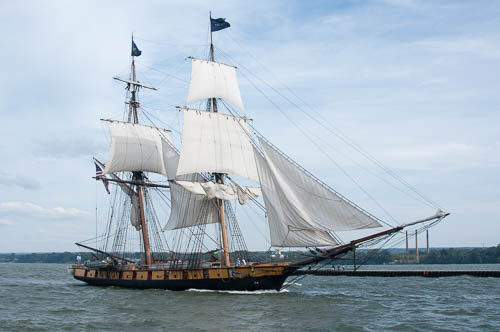 My father-in-law Dennis Woytek’s story began with Erie. All of Erie. The lake, of course. The rail yards. The “Public Dock,” as he still calls Dobbins Landing. And the Erie Land Light.

We knew that Dennis lived near the abandoned lighthouse in his early life, with his widowed mom and baby brother.

We texted Jonathan’s parents we saw the restored lighthouse two weeks ago. Here’s what Dennis texted back. He hit “send” more than once:

“Lots of fond memories of that lighthouse in Erie.

We called it the milk bottle though I’m not sure the actual name.

Every time we would visit when I was older there was never a light on top it was just flat  someone came up with money and they restored the light or at least the look of the light structure.

When we were kids we were able to climb up inside the light house and go to look out for the bad guys who may enter Misery Bay.

It was a great place to play there was a park across the street that had swings (and a) sandbox.

The odor from Hammermill (the paper factory in that same neighborhood) would generally blow in the other direction towards General Electric so we didn’t have that smell from the Papermill blowing at us but it was fairly close to the mill.”

Jonathan mentioned in the last blog post that the decision makers of 1899 deactivated the light, then sent off its lamp room and lamp to a different lighthouse. So, yeah, Dennis grew up next to a lighthouse with a missing top.

Life happened. Dennis’s service in the Seabees took him to the other side of the world. Then he came home, to Erie, and met Jonathan’s mom Fran. Then Dennis’ radio career took him to a different side of the Great Lakes. Then they came home to Pennsylvania again. Jobs changed, “home” cities changed, kids grew up.

Meanwhile, back home in Erie, a grant restored the lamp room at the top of the Erie Land Light. The lighthouse shines again.

Last year, Jonathan and I saw the Erie Land Light when we watched boats on Presque Isle State Park‘s North Pier. Two weeks ago, we were in Erie for a family event and decided to find it.

A playground sits next to the lighthouse. I don’t know if this is the same park that Dennis remembers. However, we visited on a windy, sunny day. Many kids jostled for the swings and the sliding board, shrieking as we all did once.

The lot ends in a cliff. At the bottom of the cliff, I saw a house with a flagpole, a dock, and a rowboat. On on the pole, a flag with the words “Don’t Give Up the Ship.”

The command from Oliver Hazard Perry during the Battle of Lake Erie. The mentioned ship was the original U.S. Brig Niagara. My above photo is of the Niagara reproduction. The three smokestacks in the background are from the old Hammermill plant. The lighthouse is nearby. This was the view from the North Pier where Jonathan and I first saw the Erie Land Light.

The very words that I use to describe Erie’s spirit. The spirit that saved the Erie Land Light.

“Don’t Give Up the Lighthouse.”