Right now, the media needs to step up their game. The credible sources need to reinforce and solidify their integrity. They need to be above reproach, so that the news they share can be trusted. Whether they lean left, right, or center, their reporting needs to be accurate and honest. This is not the time to play political favorites. Rather, this is the time to return to solid journalistic values and root themselves in honesty and integrity. Right now, we need to hold our media outlets accountable. We need to have information sources that are reliable and trustworthy, for it is those very news sources that can help us to form our own opinions about current issues.

Right now, we need to invest in ourselves, and become better citizens. We need to spend less time copying and pasting, and more time reading and writing. We need to spend some time re-learning why our governments work the way they do. We need to look for places where we can inject ourselves to make things better. We need to find (or found) groups that can help us to have healthy debates. We need to remember that the government entities that have the largest effect on us are local, and we need to put more energy there.

Right now, we need to hold our elected officials responsible. We need to hold them to a higher standard. They should be the model citizens for the rest of us. We need to call and write and pester when we think they’re doing something they should not be, and we need to support them when they’re doing something we think they should. We need to hear what they say and hold them to it. We DO NOT need to agree with them. We can’t win every argument, and we can’t win every battle. We CAN fight for what we believe. When we win, we need to be content. When we lose, we need to examine why we lost, and we need to pick the battles we want to fight carefully. All of these require that we learn more, that we listen more, that we get engaged more.

Right now, we need to remember that the peaceful transition of power is a hallmark of our country. Having a peaceful transition is not a function of whether we like or support the person who won. At this point, the election process is over and done. There is nothing that anyone on either side can or should do to disrupt the transition. Doing that would make us no better than so many other countries that can’t seem to get their act together around elections. Doing that opens the door to so many more awful transitions that could happen, from coup to power vacuum to everything else in between.

Right now, we don’t need to embrace policies we don’t believe in, or decisions we don’t support. Right now, we need to get better at fighting for what we think is right, and getting our elected officials to hear us. Maybe that means some of us need to go and become elected officials. If the people in the seats can’t do the job, WE NEED TO GET THEM OUT OF THOSE SEATS. If you’re reading this and complaining to your screen about how the primary process is broken in your area, go and join a movement to get it changed! For instance, people have been talking about open primaries in Pennsylvania for a long time, but no group has spoken loudly enough to fix the problem yet. You want it changed? Go help that voice get louder. You like it the way it is? Make sure the voice of support for the existing policy is loud enough to not get overcome.

Right now, we need to figure out how to get the population out to vote. There are no good excuses for not voting. Every state has alternate methods you can use (at least as far as I know). Figure out what those are and use them if you need them. I can’t figure out why everyone thinks it is OK that we are governed by about 25% of the population (or thereabouts). Where are the other voices? Why don’t they want to be heard?

Right now, we need to remember that there have been plenty of times in our short history as a country that we have managed to elect truly awful people into office. In case it wasn’t already clear, let me be clear on my position: Trump was a bad choice. Even he didn’t think he would win. There is a small percentage of voters who will reap some benefits from his policies. The vast majority of his voters, though, are likely to be in for a painful, four-year-long wake-up call. We don’t need to embrace his policies.

I know there are some sentiments here that some people won’t like, but here’s the thing: I have been trying for quite a while to verbalize what I’ve been thinking about our country. I couldn’t put the words together the right way. But then I watched President Obama’s farewell address yesterday. That helped me to make things click. We need to get more involved in our political process if we want it to govern us effectively. Our founders insisted that we citizens be in control of our governments, and they put together sets of documents that specify how that works. We need to be an active part of that. We need to prove our founders correct, and demonstrate to the world that our ideal is a good one (key: not the ONLY one, but A good one). We need to have integrity and honesty ourselves as a nation with other nation, and as citizens with other citizens. Can we do that? As the President has said repeatedly, democracy is messy work. It is loud and raucous and contentions and hard. In the end, though, that is what makes it powerful. WE did it. WE made it. Not anyone else. WE did the work, and this country is OURS. 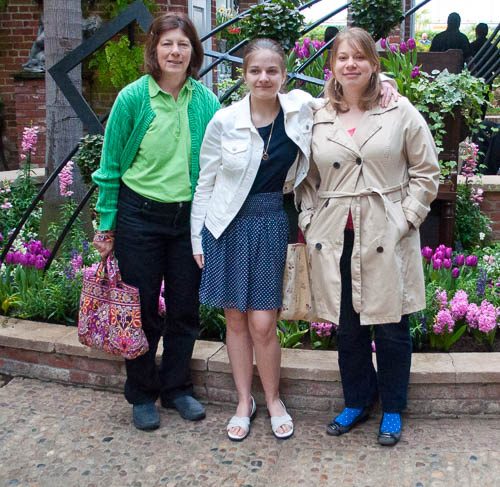 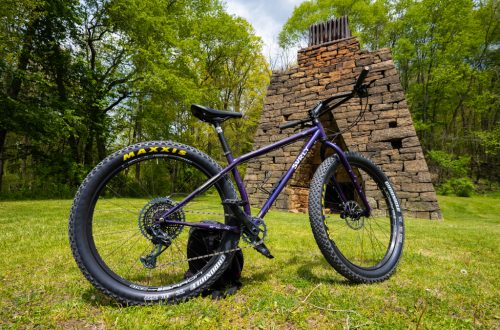