There are an endless number of variations on this theme. This began with the idea that I wanted to make some chicken with mexican seasonings. And I like mexican rice. So, yeah, here’s what we did for dinner today:

Preheat oven to 400°F. Prepare the rice by adding the rice to an appropriately-sized pot (I used a heavy medium dutch oven, good ole’ MagnaLite!). Cover with broth (or water and add seasoning packets) until the liquid covers the rice by about an inch. Heat to a boil, then reduce heat to a simmer, cover, and allow to cook without stirring for about 8-10 minutes. Remove from heat. Stir in the diced tomatoes, corn, and about a cup of taco sauce. Spoon out into a 9×13 glass baking dish.

Heat some olive oil over medium-high heat in a large skillet. Add the onions and peppers and sprinkle with about ½ of the taco seasoning. Stir occasionally and cook until softened. Spread the onion and pepper mixture over the rice.

Toss the chicken cubes and the remainder of the taco seasoning. Add some additional olive oil to the large skillet and bring back to medium-high heat. Brown the chicken cubes, then spread these over the rice and vegetables.

Pour the chili sauce over the chicken. Use a little water to rinse the chili sauce bottle and pour that in (maybe about ½ cu.). Cover with cheese. Bake at 400°F for 25 minutes. Serve in tortillas with sliced fresh avocado and sour cream and a side salad.

Note: Jenny is not a whole chicken fan, so I made an extra ½cu. of rice, then split some of this off into a separate pan and used chicken patties for hers. That might be an option for young eaters, too. 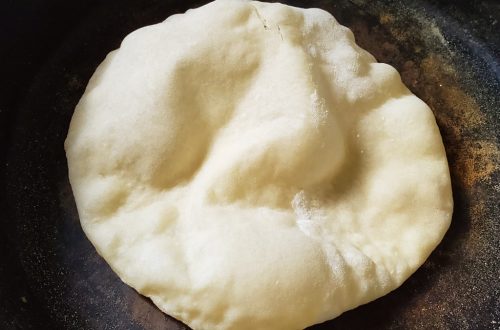