This weekend, I helped my Dad and Brother-in-Law Jack build a sandbox for my little nephew Andrew. My sister had found plans online at Lowes. I picked up the guys around 10AM Saturday and we headed for Lowes. While on the way, I asked my Dad to read off the list of stuff we were going to need, so I could start to put a plan together in my head both for shopping and construction.

This wasn’t even step #1, and things were already going sideways….

Here’s a link to the “plan” (you’ll see why I have this in quotes as you read along), so you can follow if you are interested: The “Plan”

When we get to the store I take a look at the plans myself. What they are describing and the photo they included are wildly different. In fact, the construction diagrams show something yet different from the photo AND from what the plans are telling the builder to do. This is going to be an adventure.

Fortunately, building outdoor boxes that don’t have to be permanent is not rocket science. After reviewing the plans and talking about them with Jack and my Dad, we come up with a new plan that will actually work, based on the “plan” text, and incorporating some features my sister wanted (such as seating, which was shown in the photo but not included anywhere in the “plan”).

We got some tools that Jack would need to round-out the construction needs for this project and some other house projects, some cedar boards of questionable quality and merit, ground cover, screws, and glue. Not having my truck available right now due to a possible head gasket issue (a story for another day.. ugh), we loaded everything onto and into Newbaru and headed back to Jack’s for construction.

Several hours later, we had a pretty snazzy looking 8′ x 8′ x 1′ sandbox (thanks Marissa for the photo! I forgot to take one!): 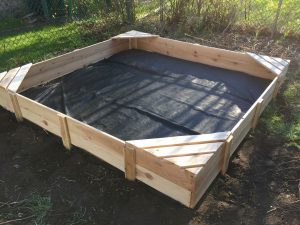 Rule #1 when using someone else’s plans for something: Read the plans before starting construction. If we had just bought stuff and jumped in, there would have been much sadness (and at least one extra trip to the store for material that was not included on the “plan”).

For those of you interested, here’s what we did differently than the “plan”:

In the end, we had a nice sandbox (sans sand, which they are arranging this week). It was a fun adventure. We got to play with power tools. It was a good Saturday. 🙂 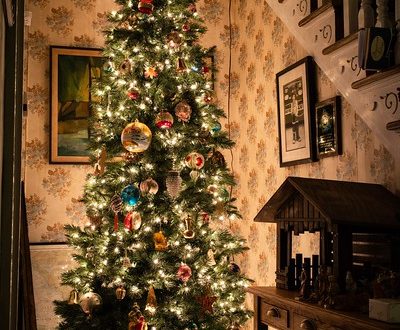 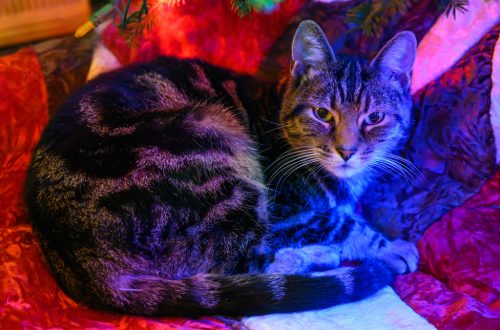