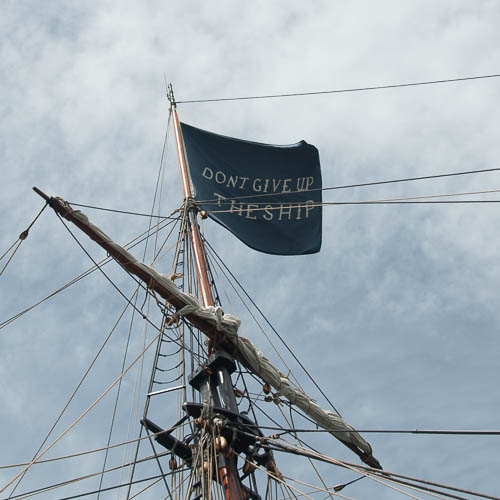 Yesterday, I blogged about the True Crime podcast My Favorite Murder (MFM), hosted by Karen Kilgariff and Georgia Hardstark. I also wrote about the pair’s new spin-off book, Stay Sexy and Don’t Get Murdered (SSDGM).

I waited until the end of the post to write about my favorite part. Even then, I didn’t give this part its fair treatment. So, I tried again tonight.

You don’t have to be familiar with MFM in order to understand tonight’s blog post. The spin-off book, Stay Sexy and Don’t Get Murdered, isn’t really about True Crime. The two podcast hosts wrote a memoir together. Karen Kilgariff worked as a stand-up comic and a television writer. Georgia Hardstark started as a food blogger before she moved to careers in on-camera television and podcast hosting.

So here’s my favorite part of this memoir: Georgia left high school and tried out several careers. None of these careers worked out for her. She earned her living in a series of waitressing and retail jobs for the next ten years or so. She ended up as (her words) “an unhappy, slacks-clad office drone” at a “multibillion-dollar corporation.” She went on to write that she envisioned her future as “a low- to mid-level employee at some nameless company, never making enough to save for retirement.” Georgia admitted that she was (again, her words) “miserable.”

Georgia embraced blogging to deal with her unhappiness. Georgia’s blog led to her creation of a viral Youtube video, which led to her eventual opportunity on-camera at the Cooking Channel. Georgia eventually co-hosted two successful podcasts.

Here are my absolute favorite quotes from this section of the memoir:

“Blogging got me out of my rut and made me feel like I had a purpose but was also a great way to put a positive spin on my life.“

“My grandma Mollie’s favorite saying was “Bigger dummies than you.” That admittedly somewhat-cynical saying has been my motto pretty much my entire adult life.”

“I don’t claim to be better or more talented than anyone, but I do know I deserve just as much of a chance at a happy life as everyone else.”

“You’re worthy of a good life, one that you’re proud of and that when you wake up every morning makes you stoked to be yourself.“

I highlighted these quotes in my copy of SSDGM. I wrote down the mantras “Bigger dummies than you,” and “I deserve just as much of a chance at a happy life as everyone else.”

I’ve dealt with grief over the death of my mother this past year. I’ve also partially convinced myself that I’m not talented enough to be any more “accomplished” than my present situation at my own job. Last year, the same week that my mom died, my employer hosted a networking event for women that included a speaker who focused on Imposter Syndrome. My position did not rank high enough on the career ladder to merit an invitation to this speech on Imposter Syndrome. Even though this happened about two days before my mom died, I still regret that I wasn’t accomplished enough to be worthy of attending a workplace lecture on Imposter Syndrome.

So I highlighted Georgia Hardstark’s above quotes about her own self-worth. Georgia had the audacity to blog and produce a YouTube video, even though she was (again, her words) an “office drone” and “a low- to mid-level employee.”

In the words of Georgia Hardstark, “Why not me, too?“ 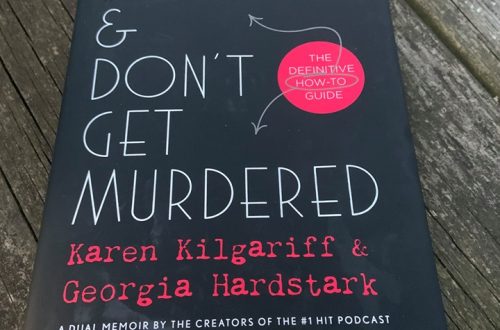